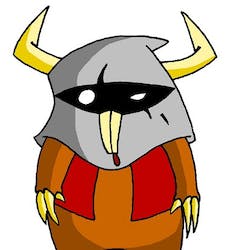 Check out the resources I offer below and sign up for my newsletter!

I look at Star Wars with great fondness, just like most everyone else in the world. I was seven years old when the first movie came out. Yes, I’m old. We’ve covered this. Shut up.

Back then you could go into the first showing of the movie and stay planted until the last showing. I lost track of how many times I saw the Star Wars somewhere after fifty screenings. There has been a lot of contention about the following movies, especially the prequels, the updated versions, and the new movies. This will upset a lot of purists, but I love them all. I think the prequels were great movies and I loved the updates to the originals. The new ones expand the stories of what could be.

The adult in me has come to look at Star Wars as a gateway to Geekdom. The first reason is obvious. It does not matter if you are a Geek or not you have heard of Star Wars and it’s one of the safest bets that you have seen at least one of the movies. The second reason is the merchandise. Since the first movie in 1977 there has never been a time you could not buy Star Wars toys, but it’s not just the toys. There are all kinds of merchandise from Star Wars Lego mini figures and action figures to Stormtrooper uniforms and Wookie costumes and everything in between can be bought.

I am proud to say that I owned almost every Star Wars set and action figure when I was a kid. I even had action figures you had to send in proof of purchases to get. I am sad to say I ruined my Geek cred when somewhere in my early teens I let all the neighborhood kids come in and take my collection. The saddest day was when my mom showed me an article of the Star Wars toys being added to the Smithsonian Institute. When I read that article I realized I lost something special. I have thought about trying to put my collection back together again to redeem myself, but then I found the original Millennium Falcon and Death Star sets are going for thousands of dollars.

The flip side of the merchandise coin is all the other forms of Geekery that are out there. You simply cannot find anywhere near the items for any other movie, book, or TV show like you can for Star Wars. For example, I would love to have a model of the Serenity spaceship from Firefly. That is a beautiful creation, but I cannot find one. Do you want an outfit from say Battlestar Galactica? You better learn to sew.

Many of you are probably asking, “What about Star Trek?” I will get to Star Trek in a different posting, but for now suffice it to say that I believe Star Trek is a close second in the grand scheme of Geekery.

There is more to Star Wars than just the materialistic pursuit of collecting. I believe one of the biggest appeals of the Star Wars movies are the unique characters. Each character has a strong personality and if you have dug into the backstories you will see each character has an amazing history.

When I was a kid, I first wanted to be Luke Skywalker, just like everyone else. Then I realized how cool Han Solo was and how awesome it would be to wander the galaxy with a big furry sidekick. Looking back on life, I can identify with the Clone Troopers, when I was in the military. Now that I am…old(er)…I feel more like Obi-Wan Kenobi. This is especially true since I have a teenager and I’m trying to warn him about the Dark Side of this world.

One of the most unique characters in all of the movies has to be the Force. It is the one thing that has driven almost every story in the Star Wars Galaxy. Without the Force we never would have had the conflict that tortured Anakin Skywalker. It is true that it was the Dark Side of the Force that caused so many problems, but the Light Side had its own problems. For all the power it gave each of the Jedi it also restricted them. These restrictions did cause some internal conflict for many of the Jedi. Qui-Gon Jin was restricted by the whisperings of the Force not to teach Anakin, but felt the need because of the prophecy. So many of the Jedi were conflicted with fighting when they were taught to be peaceful. There is a long back history of Jedi that refused to pick up a lightsaber because of their convictions in peace. Then the most well-known conflict was Anakin’s love, but the Jedi teachings refused him to have love.

The Force has given the world the biggest Geekdom ever; a religion. Through all that the Force is, it has a lot of wisdom and good teachings built into it and thousands of people have embraced it and are now members of Jediism.

I like to think of myself as a well-rounded Geek, with a love for many different genres. I do have to admit that even though there were other sci-fi media I gobbled up way before 1977, Star Wars is my first true love. I believe it was the movie that really opened up my imagination and made me thirst for more of the question that is always at the heart of sci-fi and fantasy, “What if?”

If you would like to read more of my work, please visit JeffSherwood.co​

Check out the resources I offer below and sign up for my newsletter!